Nuthin' To Do Lyrics

Nuthin' To Do Lyrics


Intro:
Check it on the one, you Com is gonna come (X3)
And check it out, ha.
Verse 1:
My raps do laps around tracks to the days
The idiot vibin', I'm the comma comma Chamelion
I use to pop the willy on my blue and gray sting ray
It had maxed, I was with bitches that had coochie
Bassum wasn't rollin' Starters, looking harder than niggas
Hoes wore clothes, that exposed their figures
Ain't 7 steps in the jam, next the police come
Heist there would be one, numbers I would get at least one
We come to the get together with whatever
You wouldn't know how deep it was, we all did shit together
Eat up all your vittles, drink your brew and then step to
The next cue, let's do it again y'all
That was when mad was tall and phat was cold
The days of Old Chicage and Fun Town and shorties we run round
Play strike outs till sun down, but the shit ain't as fun now
And the city is all run down, we troop down to Jew Town
Talking cat down on some gear, have enough for a Polish incom fair
I stare, at what use to be Bubbles and think about who use to cop our
liquior
(Who?) Our neighborhood father figure
Hook:
I'm out with my crew, ain't nuthin' to do but ah,
&quotNiggas be rollin'" - Ol' Dirty Bastard from Protect Ya Neck
Ain't nowhere to go, so I hook up with a hoe while I
&quotNiggas be rollin'"
Gotta make a stop take a leak and get some chops cause um
&quotNiggas be rollin'"
We gonna hit the streets for some brew and some eats cause um
&quotNiggas be rollin'"
Verse 2:
I got more rhymes then the Manor got folks had style
Since I went to McDowl, wearin' boats
And penny loafers know I had the nickel in mines
We use to hoop in my yard but now I dribble the rhyme
It's like rain drops couldn't make our game stop Skeeter will hit from the SAME spot
Torla tore my shit down, get down, put your body in motion
Only the strong survive, but on the 6 or the 5
Live as hot as sex use to be at the Racket
Wrong club with music by Andre Hatchet
Or either Beat Box Ferris at them country club parties
Would be hot as hell and house stud would get &quotFind a body!"
Sawyers I would go there, hip hop clubs were so rare
I like the music anyways and it was always hoes there
Was said to have the best chicks but mostly High Park and V hoes
Is who I mess with, the best shit was troopin' to the loop
With your posisions held class crooked ass but still go the division
(I remember that) Over Yamela's crib while his old girl was at work
Bust a smoothie on the spread, but sill have some on your shirt
Hook
Verse 3:
I tuned into BMX and taped Farly on the tonemaster
I took the 6 instead of the 28 to get home faster
Then HBK was the only station that would f*ck with rap
You was on the shore by yourself castin' stay up your act
What you could make of it, you was a gump they was takin' shit
Either fight or break for it, we go to the lake and get full
My drink there was Boons and Red Bull
I remember swimming in Avenlon, and being in a pool
I thought I was cool, with my &quotmembers only" and a bold fade
Wall to wall greens to get the sport gray and palmade
And soft breasts, as we got older we would star crush and bang fags
Go to Marshals and change tags, I snagged nuff niggas
And games are off the wall, in softball, Piggy one I would call
When I first got my three way callin', I caught Marsh tryin' to lie
Home of the original gangbangers, and ain't nobody shot
Hook 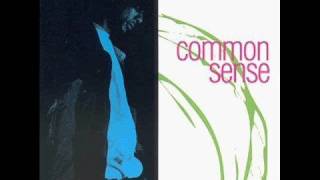