Off The Wall Lyrics

Off The Wall Lyrics

That was jealousy, man
That's all that is, man
(Jealousy, man)
Jealousy and ignorance, man

Yeah
Niggaz got me stressed, man
Oh, just burn a spliff, don't worry about that

In my pink Cadi, I have a [unverified]
Uncle Sam arms men to kill in the 'hood
I make 'em snap it, test it
My choice of weapon
That Smif-N-Wessun, try
Sue me for the namesake
Yo, who's pimpin'?
Yo, who's pimpin'?

I woke up in the morning, what did I see?
Unknown faces starin' down at me
First off with the flee as fear overpowered me
Chlorophyll got me ready to black, I can't breathe
Niggaz askin' me who's Smif and who's Wessun
We got you now we're lookin' for your partner
'Cause you're messin' with the incomin' currency
And frankly we don't give a f*ck about your privacy

Let me say
Why they try to suffocate and stifle all of our intentions
They want our sufferations, trial and tribulations
Too much to mention
Well, tell them that we no 'fraid
We don't have a big gate
From every corner, angle, and section
[Unverified] not quite far
I see '99 in crystal ball
Them city-order ducks softly walk

I got [unverified] by the government the other day I opened it and read it, it said they was suin'
Said I couldn't move the way that I was movin'
And I couldn't do the things that I was doin'
Causin' mass confusion with the name that we was usin'
Said they gun sales was conflictin' with our music
Sent me multi-paid contracts just to prove it
The trademarks on belt-buckles, shirts, and knives
Ain't that the most off the wall shit you heard in your life

Probably heard his junior singin' Mr. Ripper's in your Area
Feel your heart skip a beat as I'm nearin' you
I'm hearin' ya, askin', "Yo seed, who was me?"
At the same time you break my classic CD
Run it to the phone callin' up [unverified]
I had it up to here with these damn rap neegers
They even got my local boys sayin' that stuff
I wanna draft my plain data for a million plush

I got a letter from the corporate the other day
I open and read it, they said they was suin'
Somethin' about we was causin' confusion
Wanted me and my son to change the name we was usin'
Had our associates nervous, soup, try to serve it
Got our investors actin' real shady tryin' to jerk us
Got Tek ready to break somethin'
I'm chillin' and stayed pumpin', say somethin'
I tell you why the frame won't even think nothin'

So you're hesitant
Where a brother quest to represent
I sense no hinder, gender, two-faced intent
In fact, cops signed the last government contract
Yeah, umm
So where's your first world war?

Now presently on tour, hardcore
Come on knockin' at your door
Your revolver took down many of '90's lords
Cut to that ad campaign, your gun stores
So they welcome your floor of a tribe called Cocoa
Explain lyrics
Correct lyrics 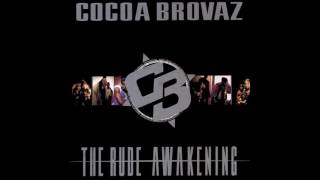