I Have The Body Of John Wilkes Booth Lyrics

I Have The Body Of John Wilkes Booth Lyrics


(Fallon, Gaster, Maines, Sult)
Like Marlon Brando, but bigger.
You'll find that creature at the bottom of the deep down Susquehanna River.
This one I had stood right on up to me,
Tore out his hook and declared himself a prodigy.
But oh no, fishing ain't what it used to be.
I've seen some bad years, but this one is just killing me.
One little nibble in thirteen years,
I really pack 'em in.
This one I had, I seen it in dreams,
All shacked up with lightning and horizon beams.
Well I bring 'em on up, and then I pack 'em on in In all the places I've been,
And I swear it's never been like this before,
Least not since 19 and 44.
But today, I made a sick discovery,
Lead box in Sassafras Cove.
Well I brought him on up and then I packed him on in, oh yes,
Now I'm really cashing in.
Wash of the Chesapeake and Appalachian Blue Range,
I have discovered the body of John Wilkes Booth.
Yes, it's true, I have Mr. Booth.
Everybody got to make a living somehow.
Do I hear a million?
Well I bring 'em on up and then I pack 'em on in.
Explain lyrics
Correct lyrics 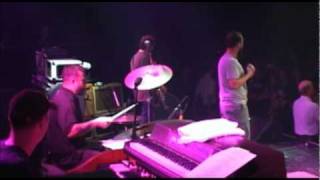