[over Chorus]
Yeah, uhh..
I go by the name Lil' Flip
I done hooked up with Clinton Sparks, nigga get familiar

[Verse One: Lil' Flip]
Yeah, you know me I'm the Underground Legend
But I Rap-A-Lot like Scarface and Devin
I'm from Houston, you know how we got down
I got a bitch that'll rob you when you hit town
I got vatos, and they shot O's
Try to jack me they run up with glock fo's
Muh'f*ckers wanna talk all tough
When I see 'em at they shows they don't wanna get rough
A lot of niggaz wanna be like 'Pac
until they ass get shot nigga, now who on top nigga?
A lot of niggaz wanna be like B.I.G.
But when I look at they BS, they shit ain't big
Yeah, the "Game Over," I'ma drop again
Gotta check now I'm straight at the lot again
Yeah, muh'f*cker this the muh'f*ckin payback
I'm in the gray black on black, Maybach
I'm in the front wit'cha bitch, I got a blunt in ya bitch
Muh'f*ckers know I run this shit
I did, "Like a Pimp," to "Ridin' Spinners"
You a loser muh'f*cker we the muh'f*ckin winners

[Verse Two: Lil' Flip]
Uh-ohhh!! Y'all niggaz don't wanna go to war Cause AK's will go through your car
Yeah!! And y'all niggaz don't want no beef
Cause f*ckin with me, you'll f*ck around and hurt yo' teeth nigga
And we don't play when we come to your town
I'm like 'Ball and 'G, lay it down
You got it I want it I come and get it, nigga
I'm the best, you gotta admit it, nigga
I freestyle I ain't gotta write shit nigga
What I drop you ain't gotta like shit nigga
But it's gon' sell nigga, and you gon' wanna do
a track with me, plus I got my f*ckin gat with me
Three niggaz in the 'llac with me
Got my muh'f*ckin K if you thankin about jackin me
I pack my heat, I break ya neck
Catch ya at ya f*ckin office and take ya check, bitch! 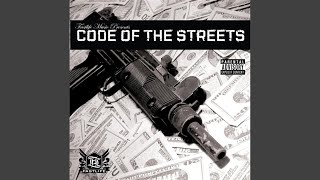