[Verse One: Black Rob]
Can't please e'rybody all the time
So I reflect on all the grind and put it all on the line
Like a scale from one to ten, I move you in
That paper come up short and I'll do you in
You avoidin a head-on collision (yeah)
Pay insert incision, I'm the pinpoint precision
Nigga play himself short to react
I'm about to see green, like I'm right next door in a cat
Up North ain't a option, use your own logic
I could get a nigga killed for a pair of full [?]
Funny how they turn dumb
Like I ain't the one that showed 'em like I ain't the one they learned from
The teacher, a.k.a. Mr. f*ck-a-Feature
Next year make you wear, he rock his own f*ckin sneaker
That's what's strivin dude, light blue drivin shoe Love when you drivin through

[Verse Two: Black Rob]
I'm untouchable, I move with them 'lices
I'm 'bout to bake my own cake with the icing
This one of them things to see who the nicest
Put your money on Black, that nigga priceless
Niggaz came aboard and they lost it
Tell me how the f*ck you play to win, lose my forfeit
Now a nigga pokin your stuff
Guess it coulda been your wife, you just ain't focusin enough
Last year you were sickin it to 'em
Said she was spendin your dough, he has in his cell lickin his wounds
Nigga would, write, write the shit he gon' do to y'all
Drug program can't do to hold two for
Ten months is a knock at your do'
Bustin a bill, almost standin six feet tall
UPS doo-doo brown suit and hat
You don't suspect, therefore you sign for the package
Shook, open up the box and look
Ten seconds was all it took, then BOOM! [explosion]
And with that I'll be done
I ain't gotta pull my gun to make you do run-run

Knock 'em out the box Black 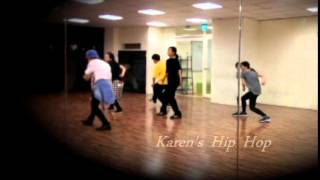 check amazon for Knock Em Out mp3 download
these lyrics are submitted by kaan
browse other artists under C:C2C3C4C5C6C7C8C9
Record Label(s): 2005 LANDSPEED
Official lyrics by