BLACK CAVALRY
In the first of me downfall I put out the door,
And I straight made me way on for Carrick-on-Suir;
Going out by Rathronan 'twas late in the night
Going out the west gate for to view the gaslight
cho: Radley fal the diddle I
Radley fal the riddle airo.
There I met with a youth and unto him I said
"Would you kindly direct me to where I'll get a bed?"
It was then he directed me down to Cook's Lane,
To where old Dick Darby kept an old sleeping cage
There I put up and down 'til I found out the door,
And I cried, "Must I then spend the night on the floor?"*
And the missus came out and these words to me said,
"If you give me three coppers I'll give you a bed."
She took me upstairs and she put out the light, And in less than five minutes I had to show fight.
In less than five more, sure the story was worse,
For the fleas came about me and brought me a curse.
All round me body they formed an arch,
And all round me body they played the dead march.
The bloody old major gave me such a nip
That he nearly had taken the use of me hip.
Now I'm going to me study, these lines to pen down,
And if any poor traveler should e'er come to town,
If any poor traveler [be knighted] (benighted?) like me,
Oh, beware of Dick Darby and the black cavalry.
* line missing, faked by RG
From The Irish Songbook, Clancys
Recorded by Clancys
filename[ BLKCVLRY
play.exe BLKCVLRY
RG
===DOCUMENT BOUNDARY===
Explain lyrics
Correct lyrics 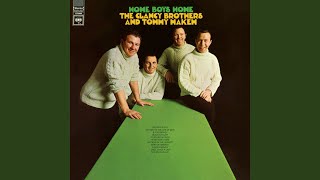