My wrist 'bout thirty below
Why would I be worried 'bout hoes?
And if you ain't ever leaning, swerving in traffic
You ain't feel that dirty before
Kept me tipping on four, diamond trippin'
Prolly sippin' on four
Ferragamo slippers dipped 'em in gold with so many women
Think I'm pimpin' on hoe!

'Cause my wrist still drippin', popo still tip
And the cut with my hittas
No they do not miss
I'm a champagne pourin' n*gga
I love big asses and tits (Show me them tities)
And if you're here just to witness, I just just promess this

No he not ballin' like us, who the f**k he think he is?
You gotta come to my city, you gotta see how we live (Pull up with the drug dealers)
You just come on the bed, I should just f**k you right now
Or just forget what I said, I just be thinkin' out loud
Thinking out loud, thinking out loud
Can I hit in the mirror? (Yeah) I wanna see your body clearer
Let's think out loud (Think out loud)
Girl my wrist doin' 85 in a 35, 35, 35

[Solo Lucci - Rap]
My wrist 30 below, it cost about 40
Got 50 on me, my neck is retarded
But n*gga I don't get it, my b*tch is a ...
She from the streets so don't get us started
Handcuffs like I got arrested homie
Ferragamo on me got me flexin' on 'em
More mud, got all these taxes on me
Over diamonds shining that's for VVS' only
... activis
Tippin' on four, ... you just sleep on it like mattresses
But that's how it go, I'm gettin' that dough ain't about to count
Up like it's calculus
I got my name out that trappin' shit but I got the fame out that rap and shit
Now my watch and my chain is immaculate 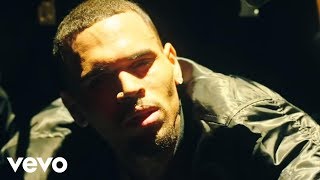