[Intro]
Yeah
Give a f**k about ya nigga, baby
That nigga weak

[Verse 1: Tyga]
Aye baby, you baby
That's some good pussy we can make a new baby
f**k you in the Maybach, f**k a room, baby
I use my tongue, use your mouth, watch your tooth baby
Dick ain't proper got a lot of bodies
And the house game Hilton, got a lot of lobbies
Bitches overnight it, what you know 'bout it?
T-Raww whip out, tap out

[Pre-Hook: Chris Brown]
I got 'em all hooked like drugs
And all them tryin' to f**k with a young nigga
Pulled up to the club like what
Straight to V.I.P
Double cuppin' I stay too turned up
Cause we poppin' bottles in here
Baby I'm just tryin' to party, yeah
Cause I'm the man of the year

[Verse 2: Chris Brown]
Girl I know you wanna jump up on it right there, right there
Cause everybody in the club gettin' faded
A hundred thousand dollar tab, I'mma pay it
Girl the party's jumpin', DJ's bumpin' my shit, oh yeah
Got everybody in the club lookin' at us
I'm at the top I just climbed up the ladder, real shit
Girl you givin' me the screw face
I know them bitches hatin' you, yeah they two-faced
I know we told you not to drink but what do you say?
I know he tryin' to lock you down like me and Boosie
f**k that, nigga, my middle finger up
f**k a rap nigga, you just want a singer, huh?
I'm with this shit and you love it
Go on and twerk some for me

[Verse 3: Boosie Badazz]
Turn, turn, turn, turn up
Stop stuntin' that nigga
We straight I got more money than that nigga
She ain't loyal cause he ain't me
Go to jail she gon' need me like [?]
She want a real one, oh she want some
Look at all this money over here, she want some
She ain't thirsty
But when you that bad every chick need bags and purses
Scorpio says girl my tongue on her
[?] me all day we just press record
Ten million in two months, God bless me girl
You over there starin', next me girl
Them hotties is flockin' it's three in the mornin'
Them bodies is poppin' she's feelin' the moment
She gotta man, I ain't worried about that
Got a lotta, got a lotta, got a lotta respect 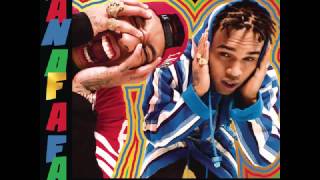