[Verse 1]
You mascot for a team that you know don't like you
I don't like you cuh I ain't like you
44 in the 4 door, time you bang it man, 'llow it man
You only shoot with your cameraman
Chippy don't run, this ain't house, I ain't shuffling
Me, I play clean, not dirty, still I'll shovel him
Heart? You ain't got any, but legs, you had many
You chicken, you ain't on nuttin', you run when it's peri peri
Hot, boy, hot, boy, it's getting hot, boy
Why you in the crew? You'll never be the top boy
Act bad boy, you been watching too much Top Boy
It's Mr. Went Pop, boy, I let it pop, boy
If I ran like you, they might expect that shit
That's why I've been rushed, I don't take that shit
You're a gunman? We don't expect that shit
ABCDFG, check that shit
When I saw you was humble, why you lying? Take it down
You wanted to talk, not the other way around
I was waiting for the .44 to come out
I see it in you eyes, you ain't on what you're rapping about
You a fraud nigga, cameras go on and you go crazy
You ain't even gangsta for Mr. Oopsy-Daisy
Dumbed it down quick, double pounds quick, true shit
True colours, show no white flags in my blueprint
What I got from Sony, you will never get
So bun your advance, here's a reality check
Cash Motto bars in the bank you can get
You a fraud spitting air, that's an AC on legs
Lord of the Mic, lord of my yard, you can't damage me
Can't buy clashing ability with your salary
Jammer put a price on his head, he can't challenge me
I'll clash him and thrash him and give the money to charity Show-money went up since Daddy put you on?
Why not say thank you instead of running your gums?
You are not a shooter, you a apple crumbler
Looking like you trying to tell Hulk "take my number"
I'm Jamaican, a weh de rarse wed di bumba?
This light brick should have breast and a bumper
You love talking guns with no intent
This actress should've been in The Intent
Lying to the people, you are not about it
Who drops their food on the floor and makes a song about it?
Lies this way, you need to chill, darg
Hey running man, the Olympics are in Brazil, darg
12345-8910
Always acting like you can't see them
That's why I'm calling your bluff, you a speng
You ain't never aimed at a human with a skeng
Listen, on songs, be yourself, man, it's nothing
You ain't even shout suck your mum when you were dussin'
Biting off more than you can chew, too glutton
Biggest song's about yourself, you ain't on nuttin'
Even if you rap-back, can't change the facts, fam
Never once said I was, but you are not a badman
Pinocchio nose, and your pants on fire
Everyone at Visions that night know you a liar
Young boy, you don't have to lie on every tune
There ain't nothing wrong with not trying to be a goon
Cuh if you're Mr. 44 in the 4 door
You ain't meant to fight Hulk or write bars you fi shoot
See it in your eyes, you ain't one with yourself
You don't even back yourself, humble yourself
Chippy, I'm a smart guy, not a geek
About neek, you don't even smoke weed
[Outro]
Peri peri sauce
CM
Explain lyrics
Correct lyrics 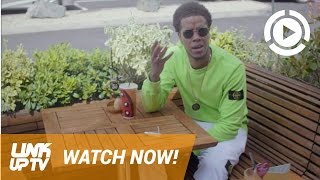