Court Is Now In Session Lyrics

Court Is Now In Session Lyrics


Never feel insignificant, I can make a difference
You need an example, use this as a for instance
Put your mouth on pause, put your brain in gear
Alleyoop Sassafrass, raise your glass and cheer
As you get on your good foot, I hope that you never put
Your trust in unjust suckas who disguss
Ways of getting paid by criminal means
They're having a sale on minimal dreams
Doomed to fail, they caught your tail
Your butt's in jail, you gets no bail
The scale was tipped, but you way little
There's a rock and a hard place, you're caught in the middle
Need a lawyer to litigate some legal dribble
Now you're back on the street like it ain't no riddle
How long will this last, you seem to love crime
Today you're out here, tomorrow you do time
Word is bond, arm your brain and shoot
Yo, the state is cold ready to prosecute
Oh you think you're smarter, the system's older
The ace has been dealt, you're now the holder
The name is Chill Rob, there is a good God
My rep is not scarred, I won't commit fraud
Can't say I lied, there's nothing to hide
I say with much pride "Court is Now in Session"

Friday night we out playing the corner
Not because we hoods, because we wanna
No drugs being sold, we ain't dirty
Polaroids in effect, watch the birdie
Turned around, heard the sounds of sirens
The boys, they collared me, asked me where I'd been
I told them that I was right here all night
Looking at each other they smiled and said "All right
You think you're smart, you wanna be tough
Get your ass in the car, you're coming with us"
I said "To where, for what? I ain't guilty
My name is Rob G., you just can't milk me"
Now I'm sitting in a courtroom all day I claim I'm innocent but that's what they all say
Bunch of my brothers lined up in the hallway
To hear the type of price I might have to pay
If honesty is a crime hell jail me
Tapes I make to escape the daily
Routine I'm too clean you got nothing on me
Arrest that sucker for being so corny
I run the truth, make it plain and simple
Cops pop the big shots quick as a pimple
Snatch em off the street drop em in the can
Chain him like an animal, forget he's a man
This might be a little raw for some to eat
But this is food for thought that I speak
If you can't stand the heat, I think you know the rest
This is live, not a test, court is in session

It's a pity the way the city treats the poor
I got congressmen counselmen, tell me what are they for
I write em letters, better, I even give em a call
But they kick back, cool out in my city hall
I pay the tax, they maxin, but they ain't passing off
They try to beat me, they treat me like they think that I'm soft
Pure power, the hour is later than you think
While they're sleeping I'm creeping because I'm on the brink
Of insanity, vanity keeps my hygene clean
Stop dissing, listen then you'll know what I mean
It's no mystery, history keeps repeating itself
I last longer, I'm stronger, my rhyme's completing itself
I put the pen to the pad and let the words flow
I put the mic to my mouth to make your mind grow
So nighty nighty alrighty, I'm putting heads to bed
You sound tired you're fired up over what I said
There's no stopping I'm cold dropping you toy boys
No bull, I'm hitting you with the dope noise
Court is in session... 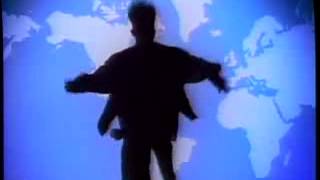