Been Around Lyrics (feat. Wiz Khalifa)


[Chevy Woods:]
I been in and out of town, no
See you every time a nigga come around, though
Love the way you put it down, yo
Know I'm so horny when you smile, yo
Told her baby hit the lights, we about to handle our business
Say a nigga name when I'm in it
We can keep going don't stop til' you finish
All paid for hell nah it ain't rented
We can do whatever that you want when we in it yea yea
All the money coming in I'm a spend it yea yea
Heard [?] really get it yea yea
Boy them streets cold I was really in it yea yea
Put in overtime, put in overtime
This ain't over night it was over time
Gotta keep it on me 'cause they wanting mine, yea
Hustle everyday f*ck a 9 to 5

[Wiz Khalifa:]
In love with my Taylor's in love with my squad
Spend one night with me now she going far
Have sex in the bed, we smoke in the car
The life that I live, you know I'm a star Tired of paying for Uber's for broads
You ain't got no cake, then stay where you are
Khalifa the man, Khalifa a boss
No top on the car, she reach for the stars
Oh yea, I been getting money oh yea
Everybody put they hands up in the air
I'm a always do my thing I ain't going away yea
I'm a roll this paper plane up like a playa
It ain't nothing but some gangsters up in here 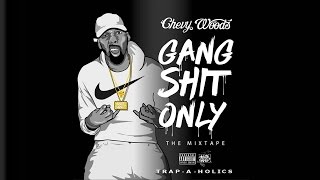