Against All Odds Lyrics

Against All Odds Lyrics (feat. Kano)


I was raised in a city with no heart,
Where there's no car,
Stepping when it comes to be getting that dough fast,
I'm a hustler I'm a, I'm a hustler,
Raised on the battle field, born as a sufferer

Before I had a deal I was still stacking deals,
Get punked sell food to the customers,
Now I get love crews in the back o' the S class
Dem can't move like dat y'na,
(I was raised in)
I come from where man were done for hardly nothing
You can see it in the news than I'm hardly fronting
Got kids with guns in the heart of London
Bullet proof vests like half a hundred,
There's no actors and actresses barely around here
Niggas stashing them straps in mattresses
Soon as you exit Stanstead you might see...

I was raised in a city when they was out Blazing the Philly,
I was on the 5 bus chasing the titties
At the back of the class undoing bras with a stiffy, Tenisha, Testa, Lesly and Richie,
It's a cold, cold world
Gangstas living in a Po Po world,
So I'm in a co co with a go go girl
Escaping reality that I know so well
But when you a kid you don't know better
Boys find trouble tryna find that cheddar,
Money breeds envy
Might get set-up
When pockets get empty
Niggas get jealous
Killa done told them, "Boy, you?????"
Landed in water??? Stretching that ketchup from the south of the border
North West to East there's nothing round here
Got to see it to believe it

Baby just because I'm a Londoner
Now I love London town but London's foul
London's a merry go round a cycle of life full of ups and downs
Coz up till now we could of never won
With the odds against us a million to one
See the Winter's messy but they get silly in the sun
Don't fight says Jordan, nine million is done??? 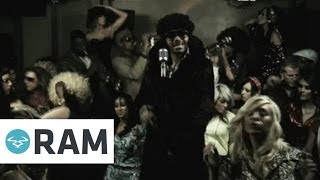