I just ordered up a beer and sat down at the bar
when some guy walked in and said
"Who owns this car with the peace sign
the mag wheels and four on the floor?"

And I was almost to the door when the biggest one
said "You tip your hat to this lady, son"
and when I did all that hair fell out from underneath

I said "Would you believe this man has gone as far
as tearin' Wallace stickers off the bumpers of cars
and he voted for George McGovern for president?"

"He's a snake in the grass, I tell ya guys
he may look dumb but that's just a disguise
he's a mastermind in the ways of espionage"

They all started lookin' real suspicious at him
and he jumped up and said "Now just wait a minute, Jim
you know he's lyin' I've been livin'
here all of my life"

"I'm a faithfull follower of Brother John Burch
and I belong to the Antioch Baptist Church
And I ain't even got a garage, you can call home and ask my wife!" 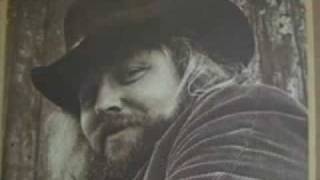