Queen Elinor was a sick woman
And afraid that she would die,
When she sent for two friars out of France
To come to her speedily.

When the King he heard the Queen had sent
For friars from o'er the sea,
He called his noble Earl Marshal
To come to him speedily.

"Do you put on one friar's coat
And I'll put on another,
And we shall to Queen Elinor go
One friar like another."

"Oh God forbid," said Earl Marshal
"That such a thing would be.
If I should beguile madame the Queen
Then hanged I would be."

And thus attired they both did go
Till they came to Whitehall
The bells did ring, and the choristers sing
And the torches did light them all

"Be you two friars of France," she said
"As I suppose you be?
But if you be two English friars,
Then hanged thou wouldst be."

"We are two friars of France," they said
As you suppose we be.
And we have not been at any mass
Since we came over the sea."

"The first vile sin that ere I did
To you I will unfold:
Earl Marshal had my maidenhead Underneath this cloth of gold."

"That is a vile sin," said the King
God may forgive it thee."
"Amen, amen," quoth Earl Marshal,
With a heavy heavy heart spoke he.

"The next vile sin that ere I did
To you I'll not deny.
I brewed a pot of poison strong
To poison King Henry."

"Do you see yonder little child
A-tossing of that ball?
That is Earl Marshal son," she said
And I love him the best of all."

"And do you see yonder little boy
A-catchin' of that ball?
That is King Henry's son," she said
"And I love him the worst of all."

"His head is like unto a bull;
His nose is like a boar."
"No matter for that," King Henry said,
"I love him the better therefore."

Then the King threw off his friar's coat;
He appeared all in red.
She shrieked, she cryed, she wrung her hands.
She said she was betrayed.

And the King looked over his left shoulder
And a grim look looked at he.
And he said, "Earl Marshal, but for my oath
Then hanged you would be." 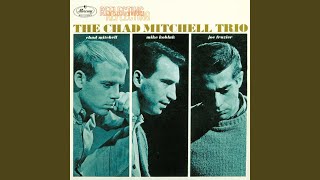 check amazon for Queen Elinor's Confession mp3 download
these lyrics are submitted by kaan
browse other artists under C:C2C3C4C5C6C7C8C9C10