Everybody Clap For Everybody Lyrics

Everybody Clap For Everybody Lyrics


That's my boy - he's wearin' number twelve
It was such a shame, last Tuesday's game
He didn't do so well
On the other team, number nine is his best friend
Well win, lose or draw, I pray they'll be friends in
the end, so

Han Joong Kim - Lateesha Valentine
Different churches, different schools, different eyes
Well they fell in love, and the families had a heart
attack
But what you give in love they say has a way of comin'
back, so

Winston Woods - he votes Democrat His gal Megan Quinn's Republican
She don't go for that
But one horrible day somethin' happened
That made their differences seem so small
And they said "Love stands a chance if we're all for
one and one for all", so

There's Peter & Tim & Grant and don't forget
Edgar, what a shame he moved away!
Hector, Miguel, Jose and Caleb
I love to watch those guys play so 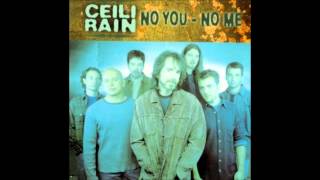 check amazon for Everybody Clap For Everybody mp3 download
these lyrics are submitted by kaan
browse other artists under C:C2C3C4C5C6C7C8C9C10