The Problem Vs. The Hustla Lyrics

The Problem Vs. The Hustla Lyrics

[Cass the Problem]
It's the problem bitch

[A] And in that corner is Cassidy the Hustla

[Cass the Hustla]
It's the hustler ask about me

[Cass the Problem]
What?! I told you this nigga wasn't f*ckin with me you can't be serious

[Cass the Hustla]
It's ain't gonna be hard

[Cass the Hustla]
He ain't no problem

[Cass the Hustla]
Listen to this all that lip will get you and your man bodied
I'm the man you a bitch in a man's body
You a disgrace who wrote your shit? Mase? Your album wasn't nothing like the shit on the mixtapes
First you was hustling bustin them shells
Then you went commercial to get a couple of sells
That's what you got a couple of sells
And you probably wouldn't of sold loads if wasn't for Kels
Well you was crazy man with the punch line flow
But now you the ladies man where the punch lines go
Yo it don't get no better
You was smiling chi-town stepping but ain't get no cheddar
If you a star I'm a galaxy nigga
One verse'll merk all your personalities nigga
You garbage and ain't nothing trash about me
I'M THE HUSTLER MUTHAf*ckER ASK ABOUT ME... ASK ABOUT ME p*ssy

[Announcer]
Ok ok ok that's it that's it
Cassidy the hustler you ready?
It's your turn eight bars... let's go

[Cass the Hustla]
I mean you know keep getting money keep hustling keep doing what I do
And if you bastards doubt me... 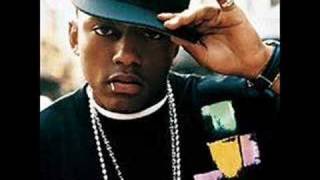