[Verse 1 - Cassidy]
Look, homes behave, or get cut wit ya own blade
The chrome raise, put ya guts on ya own leg
Nigga I'm sicker then full-blown AIDS
And my block got more rocks, then the Stone Age
You been afraid, you sweet like homemade
Lemonade, if it's beef, then the chrome blaze
You could make the newspaper, get ya own page
And make the news too, you know how my dudes do
We wear masks so you can't tell, who's who
And for the cash, we'll blast at you dudes too
Wit the lead pipe, so get ya head right
I'm in the Benz, rims, spin at the red light
I'm comin for cash, gun in the dash
And I'm on 21 and a half's (for real cannon)
I got my gat, I ain't walkin without it
And I cock and clap, you just talkin about it, nigga

[Verse 2 - Styles P.]
Niggaz is fly now, and everybody livin a lie now But shit feel different wit a gun in ya eyebrow
No f*ckin wit the Holiday Styles kid
Blow wit a ton of guns, and he got a hell of an outbid
Like Cosby in the hood, I knock the jelatin out shit
Organs on the floor of the van
Cause you gotta show these faggot motherf*ckas, that you more of a man
Y'all wanna fly like Mike... motherf*ckas
So they won't find you, or your Jordans again
Take a boss to be ordered the men, give them a call
If you don't have my money, in 24 hours
Then the cocksucka won't see his daughter again
It's like the movie that you seen, I'm the star of the screen
I got a roll for you to play... stand here
And take six to the face, I dug a hole for you today
Holiday Styles, killin 20 soldiers in a day, what

[Verse 3 - Cassidy]
Ayo I use to pitch nicks, now I spit rhymes
I'ma get mine, legit, or the quick grind
Shit my whole clique commit crimes
Did time, been on the strip and grip nines
But I swear to you motherf*ckas
I got my gun right here, I ain't scared of you motherf*ckas
I'm a hustler, plus a check cutter
I stretch butter, in ?? X, now that's gutter
I came for war, you know what them thangs is for
Slug make ya blood stain the floor
It ain't a game no more, niggaz gon' respect me
I grip gats, that kick back like Jet Li
So don't test me, or the boy S.P
Cause I ain't tryna get no f*ckin blood, on my fresh tee
You don't impress me, STOP that cannon
Cause you could get ROCKED, when I POP that cannon 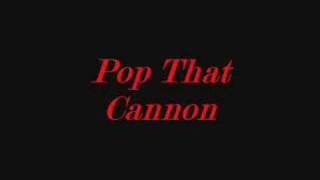