I Came Up Lyrics


West side, Bay Area, stand up
We got Casey Veggies, "I came up", featuring some west side legends
This is a movie
Comin' from the only radio on the west side givin' you exactly what you want
PNCINTL
Fresh and frozen radio
Aw, man

Yeah
Damn homie, we done came up
Been a long time, but we got our name up
Caught up in the game, learning what the fame does
Man, homies ain't homies, niggas change up
I cop a new whip on 'em but remain humble
I done been hit hard but I ain't fumble
I had to take a step away from that other shit
Ever since I turned music to my main hustle
Oh, leader of my team, I play the main role
Giving niggas hope, show 'em what they ain't know
Keys to the city, nowhere that I can't go
I feel like Jay Hov, I just make her change clothes
If you getting dough, we probably f*ck the same hoes
All these bitches want the nigga with the fame, though
Young fly nigga, in my own lane, though
Getting high with her, just got off the plane, though
If you got it girl, show me what you working with it
If you got a girl, homie, better stay committed
'Cause she really looking for a nigga like me
If I get her, I'ma hit her, I ain't babysitting
Pass her to my niggas 'cause she say she really with it
Sometimes we do shit just to say we did it
Can't no weapon harm me, we got the angels in us
PNC the army, I brought the Navy with us, yeah

I came up
On some p*ssy, money, soda, and Percocets
Still ain't f*ck no p*ssy that was worth it yet
Really from the city where they murder at
I came up
I got, I got new Givenchy, Fendi, and chains now
Ride with all of my niggas that done stayed down
The mission sound good, how it's laid down

I came up, never changed up, on the same stuff
Never gave a f*ck, I come through flamed up
Did this shit year after year, it can't be luck
Used to want a hundred a show, now it ain't enough
This Westside shit be hard to manage But niggas know I'm really really from Los Scandalous
It happened how it happened, this shit organic
When I pull up with my killers, don't panic
Ayy, Louis, Gucci, I got chains now
I'm twelve months ahead, I got range now
To come up, you gotta stay down
Way before I knew that I still stayed down
Me and Drizzy talking bitches we f*cked on the cellular
This shit ain't regular, but I'm regular
Don't conversate me with them lame niggas
The money changed, but I ain't change nigga (4Hunnid)

Baby, on sight
If I pull up, please don't waste my time
I came up overnight
When I pull up, ho wan hop inside (Ohh)
Bitch, it's the guys
We just caught up in the life
Rollie, bezel blow up the light
You ain't getting with it, nigga, get a life

E-40! Uhh
I don't care what they say (Say)
Me and my friends and family, we done came a long way
When the doubters doubted, we kept faith and we pushed (And we pushed)
My contributions to hip-hop been overlooked
I'm a musical book (Book), I innovate and inspire
A storyteller, a teacher all the youngsters admire
Wordsmith, I was born for this, say I'm wrong
I got my own language, you can ask Rosetta Stone
They used to laugh when I was independent back in the days
Now being Indie (Is what?) Is the new wave
I'm having my fetti on the grind, hella heavy (Hella heavy)
One of the greats, the Black Wayne Gretzsky (Legend)
Busting moves, busting pistols, busting bands
I'm cool with all the drillers, the dealers, and city councilmen
I can go to any hood in the world and fit right in, one of the few
I know the bosses, I ain't gotta ask you

I came up
On some p*ssy, money, soda, and Percocet
Still ain't f*ck no p*ssy that was worth it yet
Really from the city where they murder at
I came up
I got, I got new Givenchy, Fendi, and chains now
Ride with all of my niggas that done stayed down
The mission sound good, how it's laid down 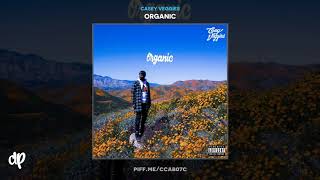 check amazon for I Came Up mp3 download
these lyrics are submitted by itunes1
browse other artists under C:C2C3C4C5C6C7C8C9C10
Songwriter(s): Casey Veggies
Record Label(s): 2019 PNCINTL
Official lyrics by