[Verse: Casey Veggies]
I'm leaving school early, I got a stack to make
This school don't teach me no swag so I just pack and
wait
To chase the dream, you know how long that can take
But you better off being quiet if that's all you gon'
say
Lookin' the eyes, sometimes you gotta realize
The way you feel tries to stop you from your real grind
I know niggas who would die for a real mind
But I got it so it's that "let's go make a mil" time
Life changing, rearranging, different stages
Different stages in different cities, man shit is crazy
Who would have thought I come to kill it, promoter paid
me
Come back home, they run into him like "That's the same
Casey! "
A grown man, them same problems don't remain to phase
me
Still shining, still growing, still Customized Greatly On the grind, they wasn't knowing now they gotta face
it
Girl, you still on my and I ain't trying to erase it
Face my problems like it's gotta be read through some
pages
Speaking to God, swear I'm working on my patience
Was having a bunch of fans when you my favorite
But I got a bunch the plans, I'm running to the
pavement
The streets of L.A. where I lay my pavement
Words spread so fast, a nigga out in Asia
Yea, be discreet with yo [?] prolly get them all
The future is ours, I think it's time to kill them all
Asalaam alikum to all the flakers and the constant
haters
Who constantly contradict themselves [?]
Nigga, I'm on
Yeah man.
I present to you Customized Greatly!
From the city of Los Angeles to the World!
Yeah! 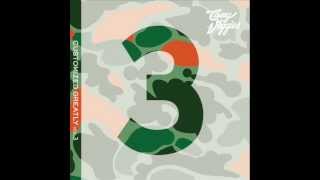