Why oh, why's the thought of sitting on a, the thought
of sitting on a cloud so many miles away?
When my head's been innocently floating in and out of
time, and what is today?
Killing time is not what you want to worry about,
because it's never ending
Throw a hand out, save it for as long as you can, it'll
be on your side

But I've been blindly starring out the window,
Staring out the window trying to see the colours
collide
But they won't until I step into the sunlight and take
a breath
Suddenly the clouds I want to sit on start moving aside
To fix a problem you're never going to do it with eyes,
you're just wasting more time
To make amends you have to mend, your hands will be
fine
They're the perfect tool but...

Nothing, nothing in the garden grows without a little
bit of care and attention
I thought I should mention, from here it seems that nobody knows

Woah, I found out I'm going under, found out I'm going
under the waves that used to wave at me
I'm sure I used to think that they were friendly
Until they held me by the chest and filled my lungs
with doubt
And said, "breathing's just a luxury we choose to give
it out now!"
Let me go I'm sick of being drowned and staying alive,
I'm not asking nicely
Cut the ties, close your eyes, take a breath you'll be
fine, you can slip right under

Nothing,, nothing in the garden grows without a little
bit of care and attention
I thought I should mention, cos from here it seems that
nobody knows
I've been, I've been known to open doors
I'm not allowed to see inside it so blind me with words
That confine me to a garden where I'll sit on my own 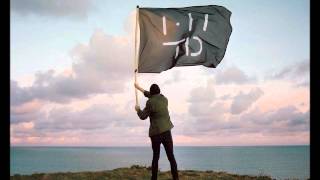