Striking out with rage I pound him, stomp him
Cock sucking bastard, don't feel mercy for him
With bare hands, I break his legs, break his neck
Now my jagged blade will bring him to his death

Now the cutting starts I stab him, slash him
Less than a minute, he became a victim
Now I will sever his legs, his neck
Hatred enemy his body I dissect, savage Savage
Butchery
Ravage
Ruthlessly

Veins spray blood, it splashes in my eyes
Impulse of my rage will dictate how he dies
Chopped up while alive or killed with the first strike
What's left of his life is dripping from my knife 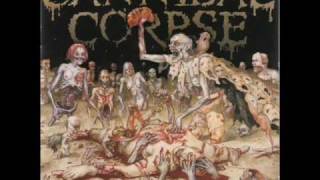