Yo, yo, if I had half as many bars in gold
As I had in lyrics when I flowed
I'd be the richest man on the globe
Niggaz wanna know is Canibus gold?

Disconnect your windpipe by cuttin' your neck with a knife
Rip through, everything from tissues to blood vessels
My Ninjitsu, kill you with the art of Tenchu
I zig zag, zig crushin' a kid

With G-forces violent enough to crush your ribs
Like pilots that fly Russian MIG
Comin' to punish you pigs
Give a f*ck who you is, nigga, Canibus in ya biz

From the lowest point in the planet to Mt. Everest
I kick the illest shit, spray paintin' my name across the pyramids
The rap terrorist, Professor Emeritus
f*ck forbidden fruit I was eating p*ssy in Genesis

What you got niggaz that's ready to brawl?
I'll give you the phone card and the celly to make a call
What the f*ck y'all bitch niggaz actin' like y'all tuff for?
We'll stuff y'all, uppercut y'all, confront y'all
On stage we break arms, legs, backs and jaws
Enough damage to cancel your tour
(f*ck y'all)

Now I said it once and I'll say it a thousand times
I got thousands of rhymes, the rechargeable alkaline kind
You wanna a piece of mind? Fine, we can take it outside
Otherwise you're wastin' your time, cause I'ma shine

For the one triple 9, niggaz gamblin' damage they eyes
Goin' blind, tryin' to keep up with these lyrical lines
The type of nigga you can't flow behind without a dope rhyme
You f*ck around and get clotheslined 'til you nosedive
We can rhyme fair and square or fair in the sphere
Anyplace, anywhere, you niggaz don't have a prayer
'Cause doomsday is near, faggot niggaz is scared
They stand and stare as I appear upon a cushion of air
With a long white beard flamin', hot enough to sunburn Satan

Hotter than white people takin' vacation
Out in Jamaica out in the sun bathin', sun bakin' in gamma ray radiation
'Til they skin color look cajun, motherf*ckers start agin' to the point
Where they faces shrivel up like raisins and they become cancer patients

What you got niggaz that's ready to brawl?
I'll give you the phone card and the celly to make a call
What the f*ck y'all bitch niggaz actin' like y'all tuff for?
We'll stuff y'all, uppercut y'all, confront y'all
On stage we break arms, legs, backs and jaws
Enough damage to cancel your tour
(f*ck y'all)

Yo, yo, yo, I manipulate the metaphysical
Power to hold my breath for half an hour
Continuously breathin' outward, you ain't an MC you a coward
I make wack rappers lose control of they bladders

And piss in they trousers, pink p*ssy possum niggaz play dead
While my heat waves hit, and verbal x-rays evaporate shit
Water molecules get transformed to vapors
My lyrics turn the Pacific into a dry lake bed

Electromagnetic cassettes melt tape decks
Niggaz battle in space, tryin' to hold it down
But they can't cause they weightless
Amateur swordsmen gets stabbed through they face mask
Trying to escape death

A world where the whole globe will contract Ebola
From drinkin' spring water darker than Coca-Cola
Human with AIDS, computers with Y2K
I rock rhymes counter clockwise until doomsday 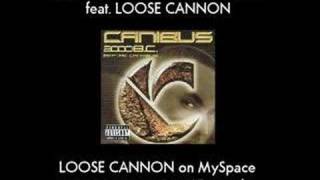