Düsseldorf 1969,
Mr. And Mrs. Upduff and grandmother Upduff
Decided they were going on a vacation.
Mother Upduff had been now in Düsseldorf 80 years.
They packed in their car their tent and equipment
And started driving off to Italy.
Mother Upduff is reading about the Mafia on their way
to Italy.
Zoom, off they went,
Driving in their automobile.
Finally they got to Italy, beautiful old Italy,
fantastic sights.
Pompeji they went to,
They went to Pompeji, they went to Venice,
They went to Sicili, they went to Florence,
Their final stop was Rome.
Off to Rome, zoom.
Rome, then they were in Rome,
Old paintings, old buildings, fantastic sights to see.
Mother Upduff decided she was going out on the beach
for a walk,
Out she went for a walk.
Mr. And Mrs. Upduff said they would follow,
Off they went behind Mother Upduff trailing behind her. Mother Upduff was walking down the street
Looking at all the shop windows.
Finally, or is it the beginning,
Mother Upduff was standing there watching in the fish
market,
A gigantic octopus leaped out of the pool
And snatched Mother Upduff up.
Then they didn't know what to do Mother and Father
Upduff wrote,
Not having any money at all,
Decided that they would have to wrap her up in their
tent,
Putting on top of the car and carry her back to
Düsseldorf.
Wrapping her up in their tent, putting on top of the
car
And fiercly driving back to Düsseldorf.
Toom, off they went back to Düsseldorf.
On the way to Düsseldorf while they were still in Italy
They drove into a café, have a cup of coffee.
Drinking their cup of coffee up, coming back outside
Their car had been stolen with their luggage. 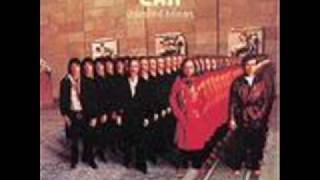