Nude's thoughts were interrupted by a knock at the door. The
postman muttered something about wishing he could go too
and handed over a yellow envelope.
It was a command long overdue that called for healthy,
young men.
In reply to your request,
please find...
I hereby protest.
To the ways and means you use
you know...
I cannot refuse.
So I'll take this vow
of Loyalty.
Fight for the right,
You have said,
To be free.
When this time has run its course,
I must...
Live without remorse.
For the deeds I'm bound to do,
I know...
it's all the same to you.
But I won't forget
the memory...
Taking a life,
for a life...
to be free.
Nude's life revolved around orders. He found himself pushed
and pulled onto a crowded deck of uniformed figures who
shared the same expressionless faces. Loved ones stood
anxiously on the pier as the transport faded into separating mist.
Water and night seemed one. Nude was going to war...
Thunder cracked. Ramps hit the beach and countless boots
assaulted the shore. His heart punding, Nude stumbled
headlong into the undergrowth in a desperate search for
refuge. Sheets of rain drenched the sunless forest as the skies opened raging down on the tiny island. Panic-stricken, Nude
staggered forward and fell unconscious.
Raindrops spattered from the trees onto Nude's face.
Startled and confused, Nude listened in the humid silence; he
was alone and had no idea where he was. Worst of all, he didn't
know what had become of his Regiment.
The setting sin left Nude with the growing darkness of his
fears. He made camp and slept with dreams of a dawn rescue,
unaware that his Unit had already left the island. In wartime, one
less soldier is hardly noticeable.
Seasons turned with time. Nude had given up the search for his
Unit but continued to move through the jungle, bayonet poised,
as if a thousand eyes were upon him. Home was a cave in a
hidden lagoon with abundant vegetation and fresh springs. The
highest point of the island provided shelter from annual
monsoon floods and sanctuary for his soul.
His military duties consisted of a monthly visit to the
mountain top whereupon he ceremoniously croaked the
national anthem and fired one precious bullet into the air.
In the loneliness he endured, Nude found an inner strength
that flowed with the rhythm of instinct.
Explain lyrics
Correct lyrics 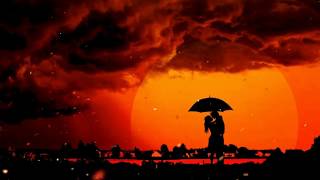