bra, why you talkin' that shit, huh?
(what? you heard me)
take this shit to the streets right now (you heard me)
all that yappin' and no action ain't called for, you dig?
(for real)(what's happenin')

Don't play no games, cuz boy we be bout killin'
you ain't got shit to die for you shouldn't be livin'
get rid the f*ckin' smirk ain't a damn thing funny
all my niggas know we live for weed and money
platinum and vogues on the walls of my company
cuz TRU niggas live life motherf*ckin' G's
presidents and playin' in every resident
cuz pumpin' no limit shit is essential
I make money off the words that I speak
I flip a cassette like I used to flip a quarter key
the rap game is like standin' on a block
every tape I sell is like a motherf*ckin' dime rock
give me the money so you can keep the bitches
they don't play no game C-Murder bout his riches
the money talk and bullshit walks pay to get delt with
and haters get they ass kicked

A whole bunch of bad motherf*ckers
ya we bad watch us I ain't playin' with your bitch ass even if I smoke weed all day drankin' on King Cobra
my eyes red my head bad I still f*ck over ya
you know the name you know the game and the pain
bitches still the same bigger bank higher rank
whatcha thank your head I like your shit don't stank
but you're gettin' spanked I'm gonna get at yours forgot that thank
you bitch who wrong move I'm gone get you
???? you mental but you been through
f*ck what your friend do and who you came to

we bout murder money weed ammunition guns and drugs
fake niggas stand correct show my real niggas some love
Mrs. Thug I live the life of a motherf*ckin' thug
7 digits bigger niggas still fightin' in clubs
you think you saw the worst bitch the worst is yet to f*ckin' come
up jump and take everyone and your best to f*cking run
shoot first ask questions later
quick before I lose ya ask what time it f*ckin' was
i guess when you're too paranoid smokin' too much motherf*ckin' bud
don't play no games bitch respect the name bitch
f*ck who you came with and f*ck what you sayin' bitch
you heard of Mystikal, heard of P, heard of me, and heard of C
either we solo or we ridin' thirty-d you can't stop me I know
all they can do is watch me drop ya with your eyes closed
in a project curb apartment motherf*ckin' dealin'
you wanna know why we ain't smilin' cuz we thugs we mugs
ain't nothin' bout being friendly 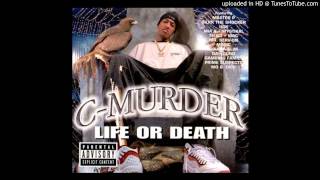