(Roger McGuinn, Gram Parsons)
CHORUS:
He's a drug store truck drivin' man
He's the head of the Ku Klux Klan
When summer rolls around
He'll be lucky if he's not in town
Well, he's got him a house on the hill
He plays country records till you've had your fill
He's a fireman's friend he's an all night DJ
But he sure does think different from the records he plays
CHORUS
Well, he don't like the young folks I know He told me one night on his radio show
He's got him a medal he won in the War
It weighs five-hundred pounds and it sleeps on his floor
CHORUS
He's been like a father to me
He's the only DJ you can hear after three
I'm an all night musician in a rock and roll band
And why he don't like me I can't understand
CHORUS
He'll be lucky if he's not in town
(spoken:) this one's for you, Ralph.
Explain lyrics
Correct lyrics 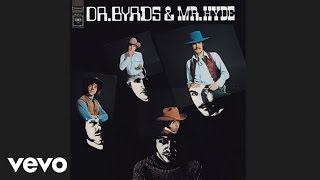