Sometimes I feel like Bobby's World
Rocked the mic, before jheri curl
Single, mingle, no main girl
On the low, like Secret Squirrel
Uhh! It's time to Patti Duke
So shake whatcha mamma gave ya like Luke
It's Greg N-I always down to juice
Too much Hennesey make ya puke
Now I bust on indo dreams
Uhh, I don't be f*ckin with keys
Rock the shell-top, or pin-striped Lee's
I could write a song make a hundred G's
You went back to high school, nuthin but a tease
Know I got stones, call me Mr. Please Please
Walkin down the street wit yo'
box in your hand... hot damn!
I never drove a Lex dog, never drove a Land
or a Testarossa, rather puff L's
and I sip on mimosa, bedroom wall
homegirl have my poster, I'm not surprised
That's the way it's supposed to, makes ya hot
Much hotter than a toaster, style elevates
like a roller coaster

Verse Two: Busta Rhymes Yo, the greatest unsolved mystery
of how I rotate your chicken golden rotissiere
Freak the cheesecake flow from here to Sicily
You really need to get offa my, hickory-dickory
The main attraction, even freaks the close caption
Snap break a piece off, a little small fraction
I still fulfill your dissatisfaction
I'm in the process, of completing a transaction
Huh, Carnegie Hall, like a opera singer nigga
Still doin the yes y'all, uhh!
Today we bust guns in the future we bustin lasers
Out of range in case you tried to reach me through my pager
I'm bout to blaze ya, with the flows that will amaze ya
Hot to death nigga, call me Smokin Joe Frazier
Seal up the box and present the closed casket
Busta Rhymes got the boombastic fruit basket
Bend your ass back, stretch you like elastic
More drastic when I be feelin fantastic, uhh!
Caught the chills stack the large bills barbeque on the grill
Me and my niggaz grant wills
Niggaz talkin shit but they ain't got no skills
Lookin like they full of shit your niggaz named you no frills
Don't let me catch you takin for granted
When my lyrical cause will leave y'all niggaz stranded
Distributed by, Warner Elektra and Atlantic
Niggaz thought they could fly, but really crash landed
Hah, when I'm in the place I'm up in your house
All y'all corny motherf*ckers need to shut your mouth! 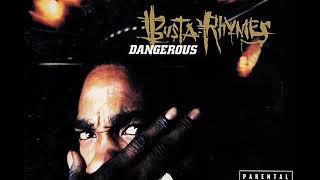