Match The Name With The Voice Lyrics

Match The Name With The Voice Lyrics

[Busta Rhymes]
Yeah, yeah, yeah, yeah
We bout to play a lil' game, match the name with the voice
So when you pick your favorite emcee you makin' the right choice
SO WHO ARE YOU?

[Baby Sham]
Baby Sham, I'm known for the crud
First night pops off with a couple of slugs

[Baby Shaman]
You see what I'm workin' wit, it's beyond rap
Stick to the fact, that chapped lips get convexed
Palm that, look where the arm's at, nigga need to launch that
Now tell me what the problem be, is that I'm scorching dem
To flood these streets, hot not partially, cock back the toast
Put your heart for free, so what it feels like to hear me crushin' a beat

[Busta Rhymes]
SO WHO ARE YOU?

[Rah Digga]
Undisputed metaphor rap queen, always cookin' up some shit
Like mom's a crack fiend, so what's the word
Strike a nerve when I'm speakin'
Any emcee whether black or white, or Puertorriquen
I'm the big dog, you just a cat stuck in a tree
Not one of y'all cocksuckers f*ckin' wit me

[Hook (Busta Rhymes)]
SO WHO ARE WE? (Flipmode)
Got you gaspin' for air, hot shit muthaf*ckas
Throw your hands in the air
WATCH HOW WE DO IT
How we rep and yo we solemnly swear To put it down until it's over and our time is up here
SO WHO ARE YOU?

[Rampage]
Day criminal, street thug material
Flipmode Imperial, top breakin' officer
f*ck around we warnin' ya, 21 gun salute
6 official conrads, ain't afraid to shoot
Niggas see us, we got them shakin' in they boots
Flipmode, the streets, bigger than Bayroots

[Busta Rhymes]
SO WHO ARE YOU?

[Spliff Starr]
Gangsta bitch, deadly like cancerous
I bring it where your parents live, show you what your status is
Steam-boil your cabbages, I can't take y'all nigaz faggotness
You about to die, show him where his casket is
You wanted beans, I had your hood under siege
Guns get squeezed, and bullets hit your knees

[Busta Rhymes]
SO WHO ARE YOU?
Bus-A-Bus now, somethin' fo' sho'
Keep 'em whilin' till somebody's left a leak on the flo'
AND HOW YOU DOIN'?
We've been awaitin' the God, to make an undernovel entry
Controllin' everything in the yard
Rugged like General Custard it seems
How we crush grapefruit, niggaz, and make a mustard out of your team
You know we hotter than the 4th of July
So sit back and watch the fireworks show light up my name the sky 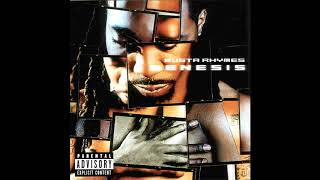