[ VERSE 1 ]
Money, money, money, muthaf*ckin green
Reach inside my pocket, I don't feel it, and I wanna scream
Nigga, give it up, cause I want every penny in your pocket
And your ass is goin down if you tell me you ain't got it
I gotta make a profit in that Nickel Ward
Cause I ain't with bein broke and times are gettin hard
I pull the gat and hit the boulevard huntin for a victim
Catch him slippin, pop the clip in, and then I get him
When in mama's womb I was doomed, destined for poverty
And no nigga in the ghetto about to win a lottery
So what does it bother me to knock a nigga off?
I'm educated, in a robbery, bitch, I'm the boss
Mr. Lawman is quick to call this action a crime
Because they can't tax robbery, they don't get a dime
Everything'd be fine if I was working 9 to 5
But I can't get that kinda job, I ain't 5 ft. high
Since they don't realize that my size ain't shit
I'm gonna gaffle em and baffle em until my bank gets
To the maximum, I get the gat then i'm after them fast
Goin for bad, goin from copper to cash

[ VERSE 2 ]
When I started writin lyrics it was like a religion to me
Cause when I seen the mic, you're f*ckin right, I was kickin it, gee
Knew that it was somethin that was gonna last a lifetime
When I pushed my homework aside so I could write rhymes
I sat in class hypnotized, my mind in a daze
Pretendin Bushwick Bill rippin up a stage
But back in the days Little Bill was soft as jello
And hard work pays, now I'm the hardest muthaf*cka in the ghetto
I assured I got the rhymes that was popular at times
But I hadn't got my name on the dotted line
I couldn't pay the dime, mama worked parttime
It made me so mad, I sat down and wrote hard rhymes
I ??? cause I couldn't pay the fee
Then my boy gave me a ki, in a week I made a g Pretty soon I was laughin in a mansion makin profits
Puttin half in the bank, keepin half in my pockets
Cops were hopin, cops were hopin they could get me net
They be promoted to a captain for the big arrest
I wasn't slippin, I was givin the blues the blues
Cause I refused to lose, I grabbed the booze and cruised
Up the avenue, laughin at the people in school
Cause they broke as a muthaf*cka talkin bout a golden rule
You're sayin I'm a fool for droppin out
I'm makin millions, well daddy, what you're talkin bout?
I remember scrapin up pennies for the 4-double oz's
Now my refigerator's full of Olde E
I used to only rap on the schoolyard
Now I'm in the studio droppin lyrics too hard
I took the road to the riches in a dash
Left my competators at last, they run from copper to cash

[ VERSE 3 ]
A lotta people didn't think that it could happen
They all started laughin when I told em I'd be rappin
But now I'm cashin in big checks from the Rap-A-Lot
Bill's gettin paid, now it's my turn to laugh a lot
I live the life that a lotta niggas dream of
I sit back and smoke cess in a steam tub
I got bitches and bitches and bitches and bitches
And more bitches on my dick, they like the size of my pockets
But I ain't cuttin for a stinky piece of pearl tongue
She makes a move for my wallet, and the girl's hung
Cause when you're broke, you're a joke, but when you get cash
Them muthaf*ckin stink hoes want half
So all of you funky-ass hoes can kiss
My Geto-Boy-midget-mind-of-a-lunatic-
f*ck-a-war-can't-be-stopped-size-ain't-shit-
Other-level-rap-a-lot-copper-to-cash-dick
But if you just wanna f*ck me
Yeah aight, aight, you can suck a nigga's Chuckie 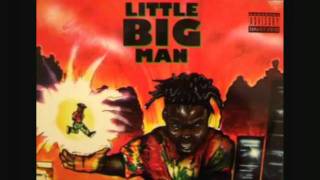