The Power Of Empathy Lyrics

The Power Of Empathy Lyrics


The gods have just managed to tie Fanjarîhô to the ground. Tíw
lost his right hand during the process; it was the wolf’s
security, a guarantee he would not be tricked; but he was indeed.
His jaw has been bolted to the ground with a broadsword, and foam
runs from his mouth in two rivers. The rivers Wán and Wíl - of
hope and will. The gods are laughing in joy, and walk happily
back towards their home; the terrible wolf has been rendered
harmless. Only Tíw is left, bleeding heavily from the wrist, watching the suffering of the wolf, as it twists its body in
torment. He looks into the eyes of Fanjarîhô and sees its very
soul, its pain and sorrow; its dreadful faith. Getting up, he
walks back to Êrôn to let her heal his wound, stop his bleeding.
Now he knows what it is like to see into the eyes of Fire. He
will never be the same again, he did not only lose his hand, when
on the island with the wolf. 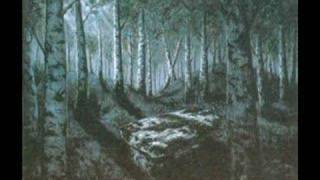 check amazon for The Power Of Empathy mp3 download
browse other artists under B:B2B3B4B5B6B7B8B9B10B11