[Bun B]
Mayne I'm a gangsta, G-A-N-G-S-T-A mayne
A gangsta, the best to come up out of PA, mayne
A gangsta, seldom seen, but always heard
A REAL gangsta, more than just a seven-letter word (fo' real!)
A gangsta ain't cha clothes (clothes), a gangsta ain't cha hat (hat)
Your watch, rang, and chain - naw, a gangsta ain't that! (at all!)
A gangsta can have that, but he ain't gotta show it (why?)
cause with or without it he's still a gangsta and you know it
From my head to my toe wit it, it ain't hard to see
that I'm a gangsta, ain't too many as hard as me
You claimin G, but you ain't gangsta jack
So tell all them fake gangstas
I'm comin to take gangsta back - now that's gangsta!

[Bun B]
Mayne I'm a gangsta, now let me tell you what that means
See I'm a gangsta, always got my mind on my green
And I'm a gangsta, always gon' do what I gotta do (yep!)
Unless it's givin game to police and sellin out his crew (naw!) That's somethin gangstas don't do, gangstas keep it trill (trill)
A gangsta do a crime, he do his time on the real (real)
A gangsta don't squeal and tell on everyone he know
Put a jacket on ya boy, you ain't a gangsta, youse a hoe! (A HOE!)
A gangsta holds his homeboys down when they gone (gone)
A gangsta put him back on his feet when they home (home)
A gangsta is a homeboy that never turn his back
on another real homie, that's a well-known fact - and that's gangsta!

[Bun B]
Mayne I'm a gangsta, call me the hood superstar
and I'm a gangsta, ridin in my candy-painted car
Cause see a gangsta, always down to rep for his hood
and to do a little bad, so I can do a little good
A gangsta don't forget where he came from, no matter
where he go or where he been, keep it gangsta 'til the end
Cause I'm a gangsta (yep), and I'ma always love my city
Make money but don't act like I'm above my city (Never!)
Cause gangstas, will always give back to the ghetto
And gangstas, will never turn they back to the ghetto
That's a fact in the ghetto, it's never been a lie (lie)
So I'ma keep it gangsta 'til the day that I die - now that's gangsta!

[Outro - Bun B]
Yeah, it's still UGK for Life for all you haters out there
We gon' ride for the Pimp
R.I.P. Pimp C, ain't nobody ever gon' stop this music
UGK befo', UGK now, and UGK until, baby! 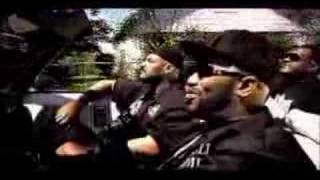