[Verse 1]
Cause it's all that I've ever known
All that I've ever been, all that I've ever shown
Get your shit together clone, build a better prototype
You lookin like a mop (mop), and I'm lookin for a flo' to wipe
I heard your album mayne if that's what you call it
Another gangster fairytale and for that shit we ain't fallin
All you're talkin bout it is slangin, bangin, bussin and ballin
But I ain't seen yo scary ass at All Star in New Orleans (All Star at New Orleans nigga)
I'm tired mayne this shit is gettin older than Moses
p*ssy niggas always poutin with poses
But mayne all it really shows is how hard you ain't
A nigga bust yo ass in the mouth, you probably faint
Not from the power of the punch but the shock (but the shock)
Cause you a coward and niggas gon' devour your lunch
A bunch of niggas done tried (tried) but ain't too many done it like me
It's Bun B'der, a G, and I'ma keep it 100

[Verse 2]
Cause that's exactly what the trill do
Ain't nobody tellin me what I won't or I will do
If I don't feel you, you lucky that I don't kill you
Leave you leakin till you moult in your meal dude, for real dude
I got the skill to, don't make me have to show it Cause it'll be over before you know it
You get one shot and I suggest you don't blow it
If I do it, I overdo it, reap that you gon' sew it (you reap that you gon' sew it)
I'm a revolutionary black fister
You f*ckin with fire, f*ck around and get a blister
I f*ck with a father, then f*ck around and hit a sister
Underground King motherf*cker, call me Mister (Mister what?)
Kilogram, Mister Woodgrain, Mister Brick (brick)
And unless you the misses, get of the mister dick (dick)
Cause this the shit that have these motherf*ckers runnin for the hills
From the King of the Trill, cause I keep it 100

[Verse 3]
Cause nowadays motherf*ckers lie (lie)
Some to your face, some can't even look you in the eye (eye)
Some in this place, some just left and some is comin by (by)
A little later (later) probably a little hater (hater)
And they gon' still debate us (bate us) try to prove they the greatest
And they still gon' be wronger than f*ck, so holler later
I'm leavin, I'm not a waiter (waiter), but I'll end up servin you
They try to step up to the likes of me, why the nerve of you (the nerve of you)
Well I never and I do declare
I'm bout to f*ck the game up so it's best you prepare (best you prepare)
Put on your fear cause I finna be spittin (finna be spittin)
That hot fire so you better bring mittens (better bring mittens)
Cause youse a p*ssy and yo partner is kittens
I do him and when I'm done he'll be like no he didn't
Get your toilet paper nigga cause I finna be shittin
Diuretic on haters with no quitin and I'ma keep it 100 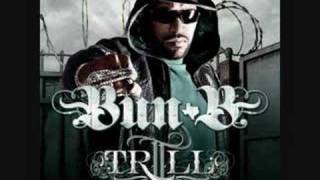