Yo, Bugzy Malone
You know? Watch this

I try to stay calm but I keep losing it
And when I blow there's no defusing it
I just got an iPhone 6 and an iPhone Watch
But there's no point in using it
Because I get notifications non-stop
And I get and inbox every two minutes
She told me that I'm big-headed, and that I'll regret it
But that's just confusing it
It's not that I think that I'm sick
It's that I'm moving too quick, I don't even know this chick
Sue me? Now that's the talk of a snitch
I'll smash any emcee into bits
It's like people want to see me switch
I'll make a man scream loud and high-pitched
Bugzy Malone can't run out of bars
Can't run out of garms, can't run out of kicks

I just got the North Face with the black bits
I just got a self-portrait, that's sick
I just got a pair of trainers with my name on
All in the same day, that's a hat-trick
Your mum's got money, that's fantastic I jumped up from the bottom like a gymnastic
I got a million views six times on YouTube
It's about time that I got a blue tick
I'm a soldier but I'm not plastic
This year man are on a different tip
I'm not talking about Kimbo Slice
When I say with gloves on, I will split a man's wig
Come now, let's be realistic
I'm not on Top Gear, but I move like Stig
'Bugz did you hear them man send for ya?'
What? Man can't send for the kid

Them man are taking the biscuit
I've got more bars than Snicker and Twix
Your send was weak, so I didn't speak
You're gonna have to bring stones and sticks
You still sign on with a man bag
And a Gucci hat from 2006 (two-double-oh-six)
I wake up in the morning, come out my house
And choose from different whips
That means we're on different ships
You're on the Titanic and that tipped
I'm on a submarine and that means
That I go deeper than the Antarctic
I'm not being funny but your bars aren't great
My bars are fresher than Colgate
Your last EP sounds like a mixtape
And my EP's heavy just like Triple H 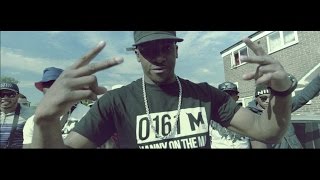