Ours Is A Path Lyrics

Ours Is A Path Lyrics


All eyes fixed to a permanent setting, a brilliant blinding display,
The onset of progress, a human betrayal,
The world that we left in our wake.
Find religion, it's every succession, in dead congregation, assume the position.
And a prayer for the many and shiftless who cower in corners and make it all possible.
There is a faith so inviting, it turns one away,
A reason to feed upon others, a judgment that maims.
But ours is a path, straight and thin, traveled by few,
Led by the flame, lit within, heavy as stone, as boulders,
Content to stand, stand on our own, as oceans, a steady mass,
Ours is a dream, ours is united, by every (wo)man, Sure as an orbit we forward together without relent, no end.

All eyes fixed to a permanent setting, fixed like a drug to the blood,
A permanent course to the end of existence, setting on us like the sun,
And the world is a stage for the opulent,
A private performance, the rest of us audience,
And a cheer for the many and shiftless who sit in the darkness and make it all possible,
There is an empty assurance, a wealth that exceeds,
So many dead in direction, to sighted to see,

But ours is a path.... Sure as an orbit we're subject to nothing but this. 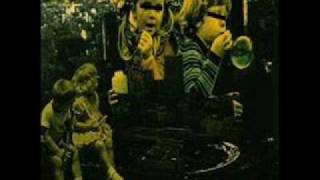 check amazon for Ours Is A Path mp3 download
browse other artists under B:B2B3B4B5B6B7B8B9B10B11B12

Rate Ours Is A Path by Bueno (current rating: 7.40)
12345678910
Meaning to "Ours Is A Path" song lyrics
Watch Video Comment Enlarge font Correct lyrics Print lyrics