Chorus:
Music evolution change
Sometimes the common makes it sound strange
Add a little this, take out a little that
Then you'll come up with jazz called rap
Where it's at, bring it back
Because it is an ill format
(Repeat)
Once upon a time not long ago
When all the cats went to hear Satchmo blow
Groovin' at a tempo fast or slow
Jazz was at a new plateau ready to grow
Also developing ways to make dough
Although we always heard no when at a show
The Klan couldn't keep the man from makin' mo'
Better blues, kinda confused here's the news
These grooves is better than your blue suede shoes
Some G's are fake and some will make moves
I prove jazz gone up another level
Real without making a deal with the devil
And so, I'm about to let the world know
That bebop and skattin' was an old school flow
Callaway was a dope MC, you didn't know?
Now that the years gone by some will try
Try to make that hip hop and jazz thing die
When it was skat before it was rap, Yo it was fly
Now it brings tears to the eye, oh my
I didn't hear that back in the days
I wonder why Chorus:
Ennie, meenie, minie, mo
Let's pick a song
Let's make it long and add the rap to make it strong
And if it's wrong, then I'll chill and let it stop
If not, then I'll bust chops to get props
To make sure jazz and hip hop is at the tip top
But wait, we must cross roads to get it straight
in rhyme there's a thin line between love and hate
Some state rap will never make it out the gate
But I'm here to cause a debate and contemplate
Why jazz and hip hop is considered second rate
But what' the use, if I proceed to break it loose
There's always an excuse why the rapper gets abuse
Don't wanna tangle because the angle is obtuse
Same kinda cas that was facin' the juice
My tongue can get necks hung, where's the noose
My hypotenuse was to make rap fun
But what I done has put the soldier on the run
From sun to sun carryin' weight that weights a ton
Convinced without a gun
Forget the fame of your name they need someone
to blame
For murder one
Chorus (5x)
Change
Strange
This
That
Jazz
Rap
Because it is an ill format
Explain lyrics
Correct lyrics 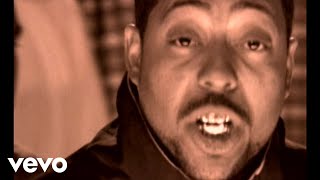