Then all the other reindeer
Said" Well,we're not suprised"
When Robert the red-nosed reindeer Turned up to work with two black eyes

Then another Christmas eve
Rudolph came to town
He said" Robbie boy,why dontchya clean up your act?"
Come and help drag Santa's sleigh around 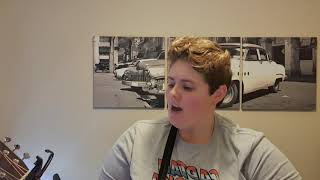 check amazon for Robert The Red Nosed Reindeer mp3 download
these lyrics are submitted by kaan
browse other artists under B:B2B3B4B5B6B7B8B9B10B11