Take A Load Off Lyrics

Take A Load Off Lyrics

[Verse 2 - Bubba Sparxxx]
Slowly, homie just get to know me
If we ain't compatible then disown me But don't tell me your men are for me
If we ain't click keep some distance on me
On and on, Bubba K no matter what I say
These country folks wouldn't have it, no other way
Cause I yell, but they ain't got nothin else to say
And I got a heat warm and tugged away
Plus the beep, beep, Timmy keep heat
Him and Rick each, ain't no weak links
Guess I'm just different than whatever you sniffin
Still the same language, this ain't hieroglyphics
Ask am I prolific?, yes sir indeed
Really who are you to be questionin me
See how I maneuver so effortlessly
You'll be hard pressed to find a fresher MC

[Verse 3 - Bubba Sparxxx]
Free willy, take a load off
Please silly, I ain't takin no loss
He's really got the greatest tone dog
One potata, two potata, three potata don't pause
Betty boo, let it loose, work it for that revenue
Am I not the most uniquest person that you ever knew?
Walk up in the party, sanitation blurtin with a brew
Bet ya this album does all the first one didn't do
Stop with the badgerin, can't you see I'm staggerin?
All that you babblin, ain't even close to matterin
What you shouldn't think, you should know that I'm arrogant
My "come to talk Bubba" shirt, tonight I ain't wearin it 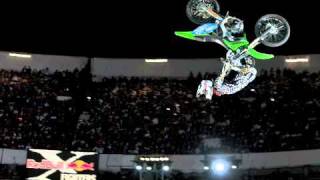