Now's the time to just clear the air
Put this shit back in motion
Put this shit back in motion
Now you finally open, I'm just tryna be only
We been ashin' our roaches
Throw them shits in a bowl and (smoke that shit up)
Rollin' one and mow, now we fired up
Now we both lookin' high as f*ck
I been waitin', but time is up
You ain't look me in the eye once
f*ck it, out you in 5 months
You ain't gotta be shy girl if...
Hol' up

You don't know how much
You've helped me grow, you've helped me grow, baby, yeah
You don't know how much I've been tryna show you
I know you failed me though
Ooh, girl I saw this comin' Don't wanna act all nonchalant, that would mean
That everything we talked about was all for nothin'
Ohh, girl, you know I've been sufferin'
Mmm, hmmm, mmm
Mmm, hmmm, mmm
Baby I've been sufferin', does that mean nothin'?
That's gotta mean somethin' 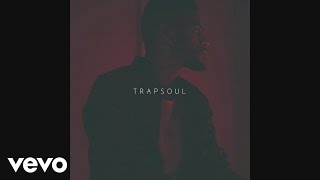