We're gonna win
Don't wanna be a loser - gonna win
Cuz winnin' really is the only thing
Get out of the way we're comin' in
If ya wanna fight just step inside the ring
Does anybody wanna take a swing?
It's gotta be all or nothing
Oh we're gonna be the champions
Ya we're goin' all the way - we're gonna win win 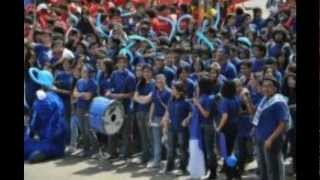 Rate We're Gonna Win by Bryan Adams (current rating: 10)
12345678910
Meaning to "We're Gonna Win" song lyrics (2 meanings)
TC September 22, 2012-20:43
0
I disagree Jono. I think he speaks about the struggle within. A tormented soul reaching out for any form of acceptance. Possibly a father issue. The sky's the limit, when your heart is in it! Hang in there Bryan!
Jono September 22, 2012-20:21
0
I think this song is about accepting the person you are and that deep down inside everybody in there life is a winner and that you can achieve anything you want if you put your mind to it. It also discusses politics and societies warped view on winners such as bryan adams and myself. Its so deep.
Watch Video Comment Enlarge font Correct lyrics Print lyrics