[Julio G]
We talked about your brother earlier that he passed away.
I know in the album, you did a song that you dedicated to him.
It's called, um,"Rest in Peace." (Simon.)
How did all of that come about?
I mean, you had a plan to do all that for your brother?

[Toker]
f*ck no holmes.
If it was up to me, holmes, I wish that song wouldn't even be on the album, holmes. Cause I know my little brother will still be here.
You know, but um, like I said it hit home on my mind, holmes. My little brotha, wanted to be like his older brother, you know. Then um, that's why I said this is reality holmes.
We wrote a song called,"Rest in Peace."
Dedicated to my little brotha, brotha, brotha... 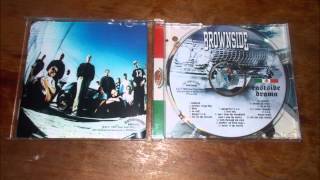