I've raped, I've killed, I've desecrated
Locked away, I'm monitored and regulated
This system doesn't care where I've been
I'm really sick, but then they turn me loose again
I butchered a young boy like a farm fresh pig
I ate his tender buttocks and penile twig
Guess what happened when the law caught me? They slapped my hand and then they set me free

I should be put to death or locked away forever
But legal loop holes just keep me so clever
A serial killer freed through revolving doors
No consequences, so I kill and slaughter more
I'll torture, molest, murder and cannibalize
I bathe in blood because justice has blind eyes
A wolf again walking among abandoned sheep

With zeal I f*cked her mouth, cunt, and ass
I know it's wrong but I had such a f*cking laugh
After I came in her I gutted the bitch
And I'll do it again if I ever get the itch 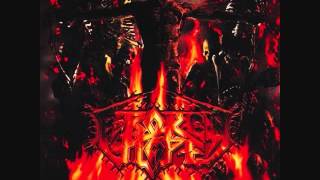