The Dead Half Lyrics

The Dead Half Lyrics


My soul is split, half of it taken,
Perhaps my blasphemy left me this forsaken,
Put in this manner, filled me with dread
Half of me rots because I am half dead

Current condition caused by God,
The living side now must be calmed,
I seek a mortician to have the dead half embalmed

I try and walk, the dead half drags Living eye watched as decaying flesh sags,
Marked by God, tormented living hell,
Begging to die, I can’t endure my smell

An undertaker is my last hope,
Intense mortification, I no longer cope
Pathologists can’t explain why one half died,
End solution kill the living side. 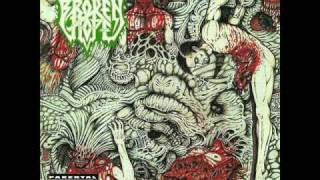