Upton
Broadways
Into The Woods - Last Midnight Police Song Jonathan Kozol Was Right I Think That I Shall Never See... I Hear Things Are Just As Bad Down In Lake Erie Fuck You Larry Koesche, I Hope You Starve And Die Someday Everything I Wanted To Know About Genocide I Learned In The Third Grade Dropjaw Broadway And Briar Ben Moves To California
Upton video Broadways twitter


i'm not angry i'm a no good piece of shit
i hear that eeryday, it just rolls off my back
left out frustrated no one to talk to
alone with the thoughts in my head
the people i respect knock me down,
so i sit like a piece of garbage washed up on the curb
and it's funny in a place where one in ten have no money
i hear only one in ten encouraging words
"yeah the wisemen don't know shit, it's a poor f*ck like me on the streets i got it all figured out"
said an old man piss drunk on a wednesday
a smile from his dirty toothless mouth made me smile
and he asked me for a smoke and some change
a cigarette was all i had to give
i sat around watching cars thinking stupid f*cking thoughts about
my friends and my girl and my school and myself
and i wished i could go drinking where noone knew my name and i didn't know anyone else
i sat alone bored accomplishing nothing
another summer day, more thrown away sunshine
"now don't be offended and don't curse me out,
but i'm starving and i sure could use your dimes"
i looked up at a young man not much older than me
gave him a dollar and a smoke and some time
he said "i fought for uncle sam and now he won't fight for me
he threw me out when i was done serving time i said i wouldn't go into special forces and kill
he said 'then stay out on the streets and f*cking die'"
yeah there's two kinds of prisons
some say one where you're locked up and everythings outside
and another where you're outside and everything is olcked away. 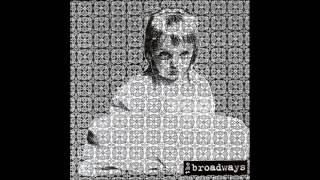