We sent out the SOS call.
It was a quarter past four in the morning when the storm broke our second anchor line.
Four months at sea, four months of calm seas to be pounded in the shallows off the tip of Montauk Point.
They call them rogues, they travel fast and alone.
One hundred foot faces of God's good ocean gone wrong.
What they call love is a risk, cause you will always get hit out of nowhere by some wave and end up on your own.
The hole in the hull defied the crews attempts to bail us out.
And flooded the engines and radio and half buried bow.
Your tongue is a rudder.
It steers the whole ship.
Sends your words past your lips or keeps them safe behind your teeth.
But the wrong words will strand you.
Come off course while you sleep.
Sweep your boat out to sea or dashed to bits on the reef.
The vessel groans the ocean pressures its frame. Too the port I see the lighthouse through the sleet and rain.
And I wish for one more day to give my love and repay debts.
But the morning finds our bodies washed up thirty miles west.
They say that the captain stays fast with the ship through still and storm.
But this ain't the Dakota, and the water's cold (so cold).
We won't have to fight for long.
This is the end.
This story's old but it goes on and on until we disappear.
Calm me and let me taste the salt you breathed while you were underneath.
I am the one who haunts your dreams of mountains sunk below the sea.
I spoke the words but never gave a thought to what they all could mean.
I know that this is what you want.
A funeral keeps both of us apart.
You know that you are not alone.
Need you like water in my lungs.
This is the end. 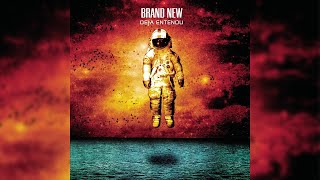