Waitin' On A Woman Lyrics

Waitin' On A Woman Lyrics

"And when I picked her up for our first date
I told her, I'd be there at eight"
And she came down the stairs at eight-thirty
She said, "I'm sorry that I took so long
Didn't like a thing that I tried on"
But let me tell you son, she sure looked pretty

Yeah, she'll take her time but I don't mind
Waitin' on a woman

He said the wedding took a year to plan
You talk about an anxious man, I was nervous
And waitin' on a woman
And then he nudged my arm like old men do
And said, "I'll say this 'bout the honeymoon, it was worth it Waitin' on a woman"

And I don't guess we've been anywhere
She hasn't made us late I swear
Sometimes she does it just 'cause she can do it
Boy, it's just a fact of life
It'll be the same with your young wife
Might as well go on and get used to it

I've read somewhere statistics show
The man's always the first to go
And that makes sense 'cause I know she won't be ready
So when it finally comes my time
And I get to the other side
I'll find myself a bench, if they've got any 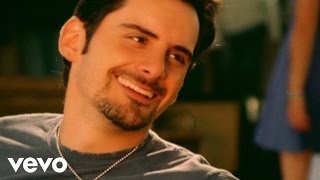