Karate
Brad Paisley
We Danced Half The Man The Old Rugged Cross Yes, You Will Anything Like Me When We All Get To Heaven River Bank Bigger Fish To Fry You'll Never Leave Harlan Alive Letter To Me
Official page Brad Paisley wiki Karate video Brad Paisley twitter Brad Paisley facebook

He stumbled through the door tonight
And started treatin' her rough
Well, she took one look at him and her training kicked in
And she'd finally had enough He threw a punch, she spun around
Grabbed his arm and put him on the ground
Grabbed a cuttin' board on his way down and she kicked it in half
His knees hit the floor, his chin hit a chair
Knocked out his tooth and it flew through the air
Grabbed his head by the back of his hair and slammed him into the fridge
She landed a left, a right and then a left
She landed a roundhouse right in his chest and a scissor punch upside his head
Broke his nose, swept a leg, he started to fall
And on his way down, she took a bow, and the lights went out 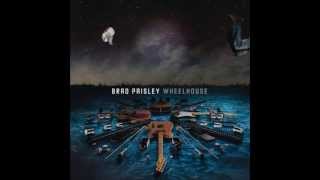