[Verse 1]
I had a homie named Tony 16, 6'2
Headed to the NBA straight from High School
My nigga has his ball game on lock
But at the same time he was in love with the block
All the stuff that came wit it the drugs and the guns, the gangs the slang and all the funds
He just got a letter of detent fron the Cavaliers saying how they love him and they wish he was there
He had it made like special-ed about to get the bread
But chose to do something dumb instead
Go to war with the crew on the other side of town
And was more ready and Tony got laided down
He ain't even have a chance
Died before the ambulance even got to him
So many went through him
I hate to tell the story but that's how it is
Growing up in the hood as a kid

[Verse 2]
I knew a girl named Gina that was a hell of a singer
And everybody fell in love with her when they seen her
Babygirl was on the verge of signing a big deal
18 and life looked so so real
She was stuck with a dude that was all bad news
And all he ever did was give baby the blues And she was true to a nigga, do for a nigga, pop you and your whole crew for a nigga
One night he came and picked her up, told her let's ride
That's the same night that he watched her die
They was tryna hit a lick but the lick hit back
Put a end to the deal and all of that
She ain't even have to be there and he knew it wasn't right
Now he gotta deal wit it for the rest of his life
And the part I don't like he ain't even get grazed
But the home girl Gina is laying in the grave

[Verse 3]
I got a few relatives giving the family drama
Always got they hands out when they see me and my mama
One could have been a doctor, the other a chef
But when he got his own kitchen he was cooking something else
Now his life in the drain, a trifling shame
He all washed up, wife took everything
No car no more, no house
And everywhere he go he stole so they throwed him out
I was growing up looking up to be like them
Now I'm throwing up cash rolling up in the bent
I'm stuck with a dream I had since a shorty and I'll be damned if I let another man support me
Now Uncle June Buck sick, skinny as hell
He got AIDS in his body from the needles he shared
Everytime he get his welfare checks he don't care
If you wanna see him go to he crackhouse he there

When you got big dreams [3x] 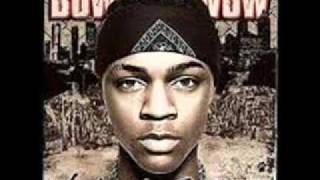