Well, we were just another band out of Boston
On the road and tryin' to make ends meet
Playin' all the bars, sleepin' in our cars
And we practiced right on out in the street
No, we didn't have much money
We barely made enough to survive
But when we got up on stage and got ready to play people came alive

Playin' for a week in Rhode Island
A man came to the stage one night
He smoked a big cigar,
Drove a Cadillac car and said,
\"Boys, I think this band's outtasight;
Sign a record company contract!
You know I've got great expectations!
When I hear you on the car radio
You're gonna be a sensation!\" 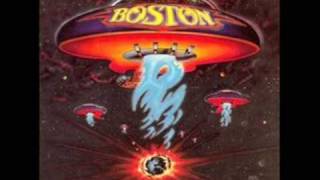