[talking:]
Outlaw nigga, that's what this is nigga
The truth is in the booth, on this one here
Killa, this for all my niggaz on the grind mayn
All them niggaz in the trap, to damn near 6 in the morning
Getting that bread this for you nigga, hey run it

[Kyleon:]
At night I can't sleep, I'm making my mail
Pyrex in the microwave, I'm weighing a scale
Watching my back for them haters, hoping they don't tell
The FED's to kick in my do', so they can take me to jail
And even though them streets hot, Killa still on the grind
Rain snow or sunshine man, I'm still on the grind
Taking Penitentiary chances, to feed my daughter
Can't stop the block rolling, and they need them orders

[PJ:]
6 in the morning, still on the block pumping
Daughter need shoes, nigga gotta do something
Eyes bloodshot, I ain't slept in three days Laying in the bushes, boys got three K's
Came up rough, got my game from the block
Got niggaz dead, got niggaz on lock
Doing what I gotta, cause a nigga gotta get it
Game to be sold, listen to a nigga spit it what

[Chris Ward:]
I'm in my granny's house in Washington, trying to cook in the kitchen
I'm upstairs in the bathroom with a microwave, cooking a pigeon
A few hours later, I'm on the street looking and pitching
Someone was paid to come see me, so I took they admission
Ay I'm optimistic, so I look with ambition
Got a focused eye sight, so I look with precision
I look with a vision, you niggaz can't see what I see
And every hood is my hood, but you can't be where I be
Nigga, C. Wigga got the block on lock
And the army green H.D., and the glock on cock
Cause these haters'll try to play ya, on the strip
So it gotta be known, you won't hesitate to spray a clip
So here's a tip, don't forget that I'm one of the one's
That'll let my youngn's run through ya, like a box a honey buns
And um all I hang around, is bosses and dons
And I don't mind the grind, all take a million in all ones 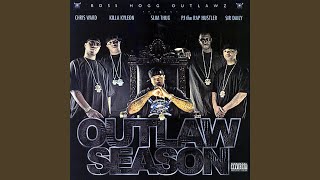