Twelve Fold Chain
Books
Smells Like Content If Not Now Whenever Getting The Done Job An Animated Description Of Mr. Maps. Enjoy Your Worries You May Never Have Them Again An Owl With Knees All You Need Is A Wall Group Autogenics I The Story Of Hip Hop Vogt Dig For Kloppervok
Twelve Fold Chain video Books twitter


at last it started in the middle

beginning as it all begins, it forsook the source of
things.

and that which moved flowed over that which stayed, it
made the choice to form a standing wave.

it leaned the out against the in, unfolding in a place
to call its own.

and it gently draped six senses over this house of
cards that it built, and opened ground to the roots of
touch and let them in.
incredible sensations

and all that it could do was hold tight to that that it
was not.

it told itself it needed names and in so doing it
became.

this is the birth that everyone is always talking
about. the one assumed but not remembered.

but death does not forget.
the end will remind it to cure it of itself. 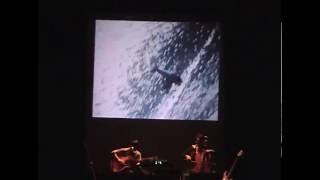